FAREWELL and ADIEU... for now.

I felt it time to clear some stuff up, and have gone back and forth on whether to bother or not, honestly, cause at the end of the day we're a tiny, tiny band, and I hate self-important press release style break-up announcements from yet another no-name band. Fugazi didn't say shit really when they stopped, and they're one of the best goddamn bands to have ever existed. I think of all the other incredible bands that were brave enough, or just smart enough to know exactly when to call it. So little old squid shouldn't make a big deal of things, right?

But, since I've been a little unintentionally cryptic in posts about the upcoming shows - coupled with the rash of our personal musical equipment sell offs - I've been asked by a lot of you what's up; which says to me that there might be a small amount of people who give a shit, and may personally try harder to make our two shows in October if our current status was put out there.

After more than 12 years, Giant Squid is taking a break; a REAL break. Maybe call it a long hiatus, though even that feels too temporary. BUT, I also don't want to say we're "breaking up", because that's just too final, and I do feel there is more to be said by the band in the future, if ever possible, when our kids are way older. Currently though, there are NO plans to write another album or play another show again. NONE. Our two dates in Southern California in October (2015) with Acid King are it.

Meh, honestly, if Roadburn (music festival) called in the next couple of years, or fucking Mastodon says "Hey, we love your band, lets tour the world", I know we'd try to do everything in our power to get it together again and make that happen. But let's be real here guys, no one is calling. NO ONE. Ha! Ugh...

I won't bore anyone with every reason we have to stop, as there are so many and most of which are just the nagging hardships of being in a "metal" band in your late 30's/early 40's. Internally among all members of Squid, there is nothing but love. We have all never been more in love with each other. This is essentially a really positive thing for everyone.

What it comes down to is, it's nearly impossible for both parents of the same marvelous kid to be in a serious, actively writing/touring band together. It's just not fair to Pearl, Jackie's and my daughter, for her parents to be dedicating so much time together doing something that doesn't involve her. Even just our short trip to the East Coast this year was brutally hard to pull off, logistically, monetarily, and emotionally. Jackie and I both agree that at the end of the day, without question, we'd rather be at home with Pearl, than killing ourselves and draining our bank accounts to play a dark, dank bar thousands of miles away from her in Brooklyn, to thirty people, if even that many.

Couple that with the fact that Bryan has two amazing kids and all the responsibilities that go along with being the incredible Dad he is, as well as the fact that all of us are broke, and two of us still live in Sacramento which is now a three hour drive away from the Bay thanks to insane increases in Bay Area traffic, and it just becomes harder and harder to pull off even the simplest local gig.

Wah, right? Well, trust me when I say, that's how it's been for YEARS for us. Every gig you've seen us play in the last 5-6 years was a fucking logistical circus/nightmare. We always pulled it off, because it was still just possible enough, and felt worth it, but we almost always did so with little to no rehearsal prior to the gig, and by losing large amounts of personal money with every show. Nowadays, what we get out of the band is so small compared to how much we put in; and I'm not referring solely to money, as that's never really been a deciding factor on whether to continue as a band. We're just beat, really fucking busy with our families and jobs, and need to not feel like we're keeping this lead ship afloat (Finally, a nautical reference. Take that, Ahab). If this is it, and we go out with Minoans as our last album, well then, we will have had a damn good run of over 12 years, surviving some serious shit along the way. We're all very proud of that.

Till then, there is still music to be made. Imagine Giant Squid is Voltron, and the robot lions all separated for a minute, then came back together at different times in strange configurations, unrecognizable from the original GoLion super robot; like if the green lion attached his ass to where the black lion's head should be, and the two of them rolled down a hill awkwardly to forge their own adventures. Following me? In other words, we got new projects brewing, each further exploring and focusing on the individual fundamental characteristics of Giant Squid.

First, there is SQUALUS (https://www.facebook.com/squalus.band) which has already been gigging with just Zack on drums and myself on bass, with a wall of amps, playing pirate punk songs somewhere between Rudimentary Peni, Nirvana, and Big Business; singing text taken verbatim from Peter Benchley's JAWS (seriously) or copied verbatim from dialogue in the movie (I'm not joking.) IT FUCKING RULES. And, Andy is going to join hopefully to add terrifying John Carpenter style synth soup to our chum-core. So basically, a band that plays shit like "Throwing a Donner Party at Sea" %100 of the time.

And then, ICE PLANTS (https://www.facebook.com/iceplantsband), which will be Jackie's and my little two piece, super mellow project. Don't know how to describe it yet, as we're still fleshing it out, but fans of Jackie's ten-year run with Amber Asylum, or the moments when Giant Squid gets all Tom Waitsy, might be stoked. This is the kind of band that can play at a cafe while Pearl watches Octonauts on a laptop in the corner, and we all travel together in a station wagon. So basically, a band that plays shit like "Arthur Evans" or "Emerald Bay" %100 of the time. Stay tuned.

And then, the closest thing to what Giant Squid was will be a yet unnamed project, featuring me, Andy, Bryan, and original Ichthyologist era drummer, Chris Lyman, keeping it all together. The inspiration for this will be 70/80's style psychedelic, middle-eastern, rock, in the vein of Turkish greats, Erkin Koray, Selda, Baris Manco, Mogallar, Alpay, Ersen, Iranian pop goddess - Googoosh, and Greek prog kings, Aphrodite's Child. Lots of big fuzz guitar, crazy synths, and beats that may actually make you want to shake your ass, instead of standing there, crossing your arms, barely nodding your head, hoping that we'll play the same doom riff for another 16 minutes. So yeah, maybe not for everyone who has gotten into Squid over the years, but at least that's the idea. Will announce this soon, but Lyman has a little boy, Marshall, arriving any day now, so he'll be a bit preoccupied in diaper land while we gather thy sacred riffage. So basically, a band that plays shit like "Snakehead", minus arbitrary punk-metal parts.

Plus, Andy is still as active as ever with his electronic music career as YOUNG AUNDEE, and I'm constantly nagging Jackie to get back in the saddle with GRAYCEON as I know they have a lot of "unfinished riffs" laying around (I've heard em, HOLY SHIT).

All that said, the institution that is Giant Squid will remain active in other ways. I'd love to finally make a fun music video, and have ideas involving the bar across the street from our house in Pacifica (Think the videos for "John the Fisherman" and "Smells Like Teen Spirit" combined, but more booze). Also, these last two shows are being filmed, especially the final LA one, with a multi-camera crew and lots of different audio sources. Hopefully, we don't fuck up much, and there will be some really solid youtube fodder to show afterwards.

Also, next year marks the ten year anniversary of Metridium Fields (The End Records released version). So instead of making a big press-release hoorah about this, I'll just finally say right now that, YES, Metridium Fields will come out on vinyl in 2016. It's happening, hell or high water. Will come with a DVD chronicling pretty much everything the band has done, from playing a rally in high-school in our original punk band, The Pedestrians, to playing our biggest fan's wedding, and writing an album about ancient Greece nearly 20 years later.

I've also been promising Monster in the Creek on vinyl, so expect that to happen early next year as I finally turn in the album art later this month. 11 year anniversary release? Fuck it.

I'm being candid and casual about this cause... it just is what it is. For now, there isn't much more to say other than, we all dearly love you guys for supporting us, taking the time to understand our music, showing up at shows, spreading the word, even sharing us with your children (you know who you are). We can also thank a hundred different people who have been essential to our existence, but you too know who you are. Much love to our label, Translation Loss, for being the tortilla in this giant fish taco of a musical career; we most likely would have fallen apart years back without your support, encouragement, and comfy beds to sleep in while on tour on the East Coast.

THANK YOU SO MUCH EVERYONE. Farewell and adieu... 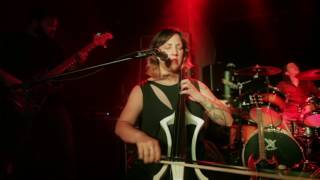 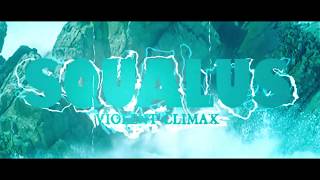